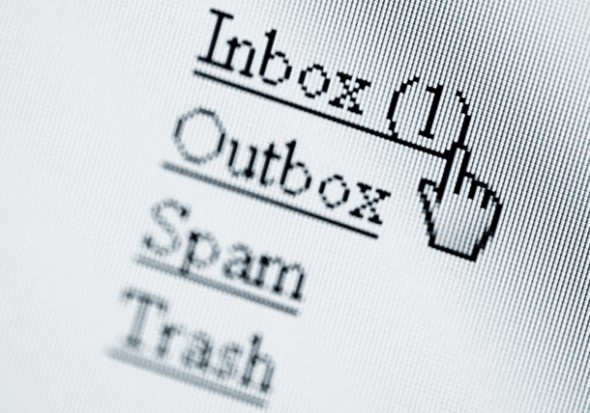 Over the years, I’ve written a bunch of emails. My gmail “Sent” box is at 5,000+. No joke. Add to that all of the mass emails I’ve written and executed. Phew. I’m gonna skip calculating the total. Math makes me want to take a nap. Let’s just say a lot. I receive a lot too. Every now and then I get one that merits immediate intervention. Seriously, step AWAY from the send button. Slowly, slowly, and nobody has to get hurt.

I just received super weird 952 word newsletter (no ⁋ breaks – gah!) from my favorite online estate jewelry wholesaler. It covered everything from:

Thumbs up for the relevancy of the latter pieces, but it’s worth noting that the link and code for the new merchandise preview extended to subscribers mentioned in the subject line were buried at the end of the email. (Again, props where they are due: that’s a GREAT value proposition to incentivize site visitors to fork over their address.)

I’m relatively certain my critique would not be welcomed by the vendor in question, but I’d like to share some tips as “one to grow on” for interested parties charged with broadcast email campaigns for organizations. If you don’t want to take my word for it, listen to the really, really smart people quoted below.

“Brevity is the soul of wit.” – William Shakepeare

When emails are tough on the eyes, they don’t get read.

“Great is our admiration of the orator who speaks with fluency and discretion.” – Marcus Tullius Cicero

Sharing personal information is a great way to connect to your readers. BUT (and this is a big but) you need keep it light and filter your thoughts.

So, that’s my list. Did I miss anything? I’d welcome your tips, tricks, and cautionary tales in the comments.

Making Boston Awesome, One Wall at a Time

There was a whole lot of Awesome in the submissions bag for the Boston chapter’s September 2011 Fellowship. One in particular stood out. Internationally known mural artist, Caleb Neelon, applied for spray paint and sandwich money to underwrite the transformation of a large wall for the Tobin School in Mission Hill. For those who love art and our fair city, Neelon’s TEDx Boston presentation (‘Courting the Creative Class’) is a must watch. Want to know more? Here’s a blurb from the application:

I’ll have some artists coming in from out of town and it’ll be a great time. Right now I don’t have any idea what we’ll be painting, but that’s the way I like it, and the school principal is fine with that. I know it’ll be really colorful. The wall is boring crummy brick and needs some love.

This will be the 2nd project Neelon has done for the elementary school. Weather permitting, painting will begin this weekend as a lead in to his upcoming talk at the MFA (Sunday, September 25th @ 2pm) and recently released book, The History of American Graffiti. Follow the link to Amazon. The reviews are pretty freakin’ awesome. 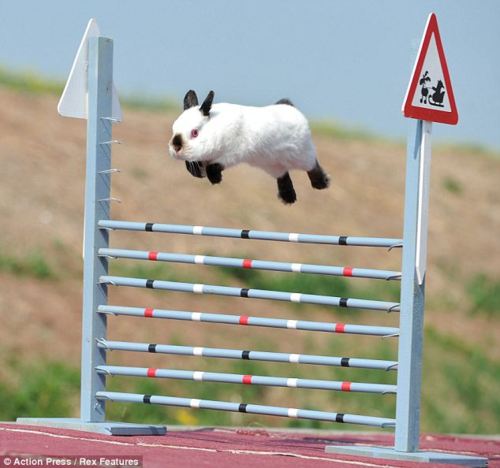 This what they mean when they talk about ‘Agile Development’, right? 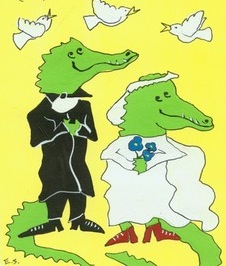 The most valuable business lesson I have learned to date caught me by surprise on the main floor of the Jacob Javits Center. It was an unlikely, and rather large, de facto classroom. I was three years out of school, and as such, was a pro with a discerning eye and an innate business acumen that (hollowly) threatened to take the world by storm.

The non-profit I worked at had a custom invitation fundraising program in partnership with a mid-sized family-owned stationery company. They cordoned off a small section of their booth at the National Stationery Show to feature their support of our programs. The show itself is a pretty big deal and was, by far, my favorite week of the year. Vendors were a motley crew of artists who held court as buyers in sensible shoes walked miles of unpadded carpet aisles in search of items that make people happy to part with their hard earned cash at super cute local indie gift shops and Hallmark chains alike. Ten years later, I can’t walk into the greeting card section without finding the trendy / delightfully subversive lines of artisans I met at the Show.

Most companies book the same space year after year, and camaraderie develops amongst exhibitors as faces become familiar. The woman across the aisle from our booth (let’s call her ‘Suellen’) produced greeting cards out of Texas. The centerpiece of her display featured a line of fill-in-the-blank alligator themed event invitations:

That first year, Suellen and I struck up a nice acquaintance over safe topics like the weather and her travel schedule. All the time, I was careful to avoid mention of tacky gators, lest my wonderment over their appeal be betrayed.

Mercifully, the gator topic came up indirectly the following year. We had time to talk more in depth during the afternoon trade show slump. She answered my questions about concept development, graphic arts outsourcing, distribution channels, and sales analysis. Apparently, Suellen bought out the previous owner who had produced the alligator themed invitations among others. After having produced a number of own her designs, she sat down and tallied the sales numbers, keen to get rid of those god-awful gators. As luck would have it, the upwardly-mobile-love-struck-gator-couple were laying golden eggs. They were, by far, her best sellers in the Gulf Coast States.

Removing ego and personal preference from the equation, Suellen expanded the line with great success and made a tidy profit by giving the gator-loving-disposable-income-spending customers what they wanted. Here’s what I learned: Adapt. Humbly serve the kind people who pay your bills. Sometimes the hallmark, pun intended, of a good business decision is that it is informed by what the market wants rather than singularly indulging personal tastes and aesthetic preferences.

The customer may not be right about everything, but they are always right about what THEY want. So, suck it up and make the best damned gator invitations you can. Then proudly mail ‘em out to announce the party celebrating your ensuing financial success. Droid Does… (aka the Disaster Communications App) 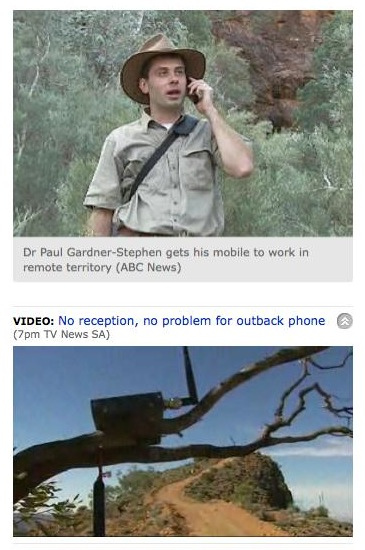 Access to communications technology is AWESOME, but not everyone has it. Cell phone towers are expensive and developing, remote, rural, and/or disaster ridden areas often don’t have those resources.

Expose an already weak communications infrastructure to the destruction of a natural disaster, and you have our collective nightmare: Asia circa 2004, Haiti, and the site of the next international incident. When chaos strikes, the speed and proficiency of local relief effort coordination translates directly to saved lives. With those critical moments in mind, Paul Gardner-Stephen (a post-doctoral fellow at Flinders University in Adelaide, Australia) founded The Serval Project.

The project goal is to, literally, give voice to communities outside the grid. The Awesome Foundation for the Arts and Sciences granted the project $1,000 in May 2010 to fund the adaptation of the Android OS for disaster relief communications.

Paul and his colleagues have spent the past few months writing software to create instant, decentralized, P2P phone networks. The equipment requirements are Android handsets and Village Telco’s “Mesh Potato” (a lightweight, low-cost, and low-power unit that serves as a building block for ad hoc networks). A key feature of Gardner-Stephen’s system allows users to send and receive messages using their actual cell phone number. With this rapidly deployed, cheap, and robust system, it is conceivable that local ground efforts could begin within moments of a disaster.

This week the prototype passed a field test in the South Australian desert with flying colors! Click here to see the local ABC affiliate coverage of their trip into the Outback. It’s AWESOME, but don’t take our word for it. Come to the Venture Cafe in the Cambridge Innovation Center (11th Floor) on Sat, July 24th @ 6p and see the technology in action for yourself. 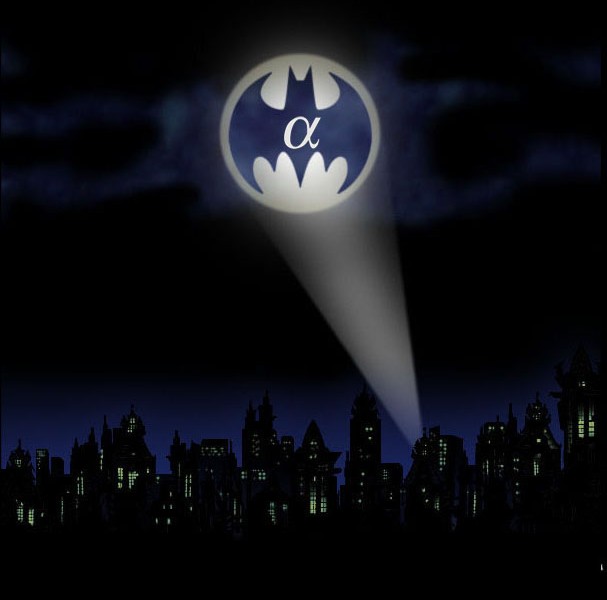 I’m there and have been since the late 1990s when I started littering the web with digital breadcrumbs in the form of various user accounts and profile pages. Some of the sites from ‘back in the day’ are still going strong and raking in the cash, while others are long gone and only available cached. Often the difference between the two is having quality, in-depth guidance from engaged users willing to give their time and feedback. That fact alone makes this call to action so compelling.

Kirsner speaks to Boston’s need to cultivate a class of users more actively engaged with entrepreneurs developing products. I couldn’t agree more which gives insight into why 2010 has been a boon for my geek street cred. It’s only the end of the first quarter and I’ve managed to worm my way into Alpha testing for three thoughtfully executed Boston area web products: Rally, tourfilter and Meetcha. The Beta ‘biz’ is booming too: Gist, Threadsy, and Thread. (Stay tuned: more on my impressions of these sites later…)

The short list of influential Boston area early adopters compiled for this article is worth checking out and I was pleased to find that many on the list overlap with my own. (Laura Fitton, Steve Garfield, Joselin Mane, Eric Andersen, Jon Pierce).

If I were to add one person to the list, I’d go with my friendly neighborhood online dating/start-up consultant extraordinaire, Dave Evans. His blog, ‘Online Dating Post,’ contains unparalleled comparative analysis of social technology products. The title can be misnomer as he covers a lot of ground outside of the online dating space. A lot of the new sites I try are at his behest and my knowledge of what’s out there is well-rounded for it.

So, Boston: who else should I keep my eye on?

Hot off the WordPress

It’s T-Minus sixteen days until the inaugural WordCamp Boston! I’ve been looking forward to this event for a while.  My training regimen began in earnest on November 13, 2009 when I tuned in for the live stream of WordCamp Phoenix. (Thanks GoDaddy!) I haven’t found an outfit as comfortable as the jammies I donned for the Phoenix event, but that’s the price I’ll gladly pay for the opportunity to hang out with other communications technophiles and open sourcerers in person. Sign up for the waitlist and maybe they’ll let you join the fun on Saturday, January 23, 2010. Geek on!

Invasion of the Pod Tweeple #pcb4 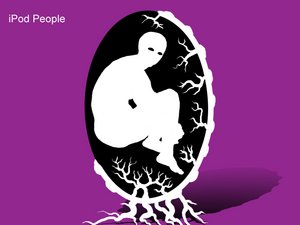 I never had the whole “Kumbaya” camp experience as a kid. There were two summers I was signed up for the town rec. department’s “Summer Scene” day program. A few weeks in, they’d run out of gimp. I’d be out of the bracelet making biz, free to spend time with the devil’s spawn little angels from my class who showed their affection by bestowing upon me a super-great nickname. Man – I sure had a lot of <cough>”colds”</cough> that summer.

Thankfully, PodCamp came to the rescue last weekend and gave my inner child a big ole’ hug. (Better late than never, right?) Over the course of my career I‘ve been lucky enough to work in several great industries. That said, the new media space is by far the most welcoming and vibrant community I have experienced. Spending two days with other professionals engaged with adopting technology to enrich everyday life was transformational. In short: y’all rocked my world. No joke.

I’ve been following the #pcb4 Twitter stream and have gotten a lot out of the thoughtful posts written.  The links I’ve grabbed are shared below.  Consider it my little “thanks-for-being-awesome” treat.

LADIES, ALL THE LADIES (Women in Social Media)

SlideShare Search – pcb
Skip Bensley (brilliantvideo) – Web Video: Where is it going and where will it end?
Guido Stein – Start Podcasting
Gradon Tripp – 24 Reasons why Twitter sucks & Philanthropic Style and Social Media: Are you a Gates or a Buffett?
Jamie Pappas – How do you get your company to see the value of social media pcb4 session?
Justin Whitaker – Forget ROI
Kabren Levinson – What can Social Media do for Education?
Wayne Kurtzman – Measure Social Media Interactions
ElizabethHannan – Growing Online Communities and Measuring Online Metrics